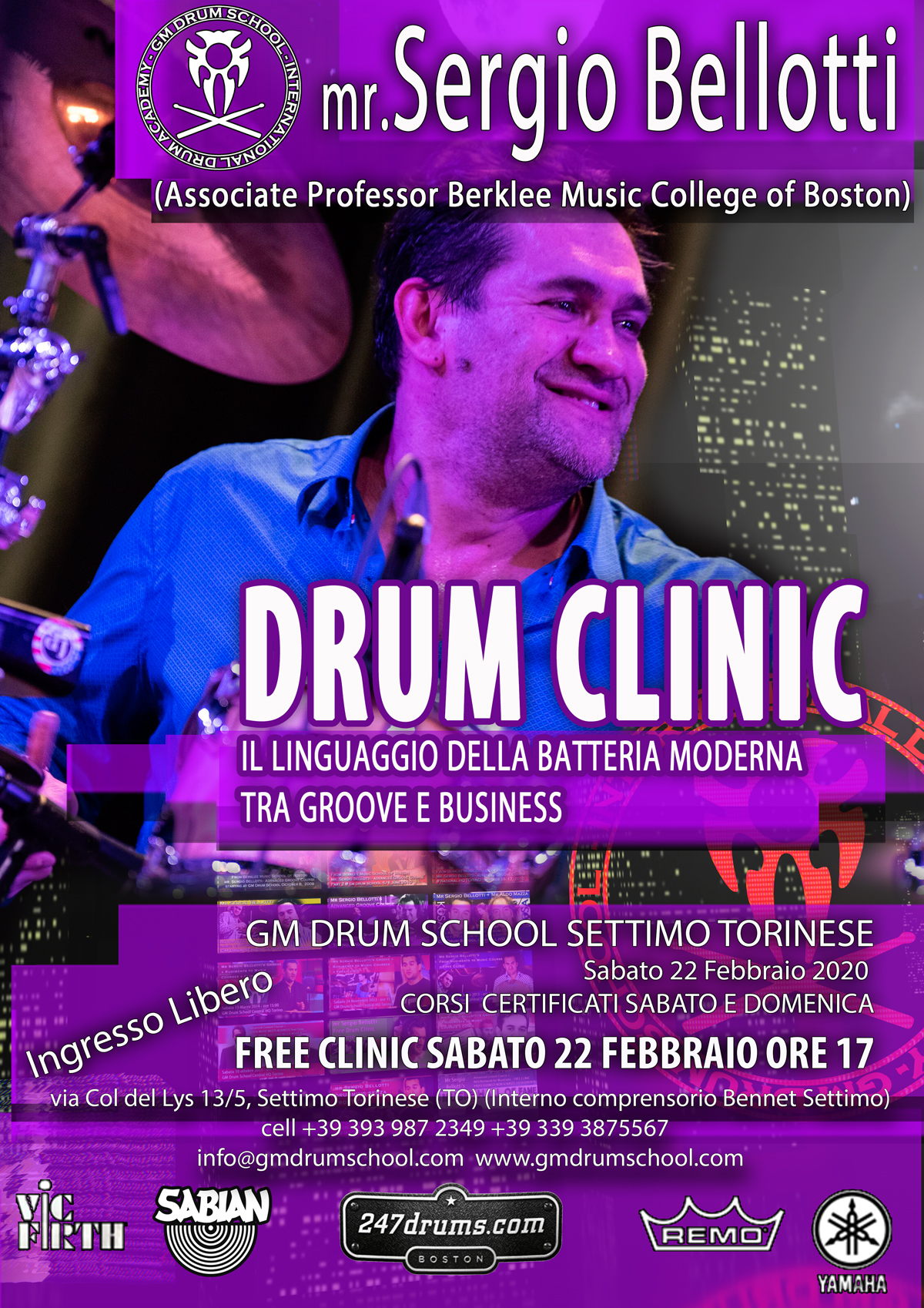 We believed it and we continue to believe it 11 years later.

The dream of bringing an International Course to Turin, a course that was previously only possible by moving to study in America for a long time. Too much for many pockets of ordinary people, people like us at GM Drum School.

And Maestro Sergio Bellotti, now Associate Professor at the most prestigious Music University of the World, the Berklee Music College of Boston, who for 11 years has been coming to Turin to give his course to some students that I can receive an American University education while staying in your own city.

With extremely low costs, and without any gain from our Association that is proud of the Honor of being able to provide something that would otherwise be impossible for students musicians of level who do not have great financial resources to go to Live for a time in the United States of America and study there.

But Maestro Sergio Bellotti is not only a great Teacher, besides being Professor of Jazz Improvisation at the Conservatory of Italian Switzerland, as a musician he has crossed the most prestigious stages in the world participating in the Montreal Drum Fest 2003, Cape Breton International Drum Fest 2004, 2005, and 2006; Berklee World Percussion Festival 2005 to 2014, PASIC 2005 and 2009, Kosa Festival 2009 to 2013, Bari in Jazz Festival 2010, Beantown Jazz Festival 2010;  Somerville Jazz Fest 2014 and accompanying artists such as Nathan East, Robben Ford, The Platters, Bob James, Wayne Krantz, Tom Scott, Dan Siegel, Rocco Ventrella, Mike Stern, by Joe Louis Walker for his 2019 world tour ( blues hall of hame inductee , grammy nominated grammys artists ) and many others.

We look forward to the free clinic to be held at the Headquarters of seventh Turin of the GM Drum School, directed by Franco Palumbi, (via Col del Lys 13/5, Seventh Turin (TO) Interior Bennet area)

The LESSONS of THE COURSE ARE limited and YOU ARE FREE AND YOU CAN BOOK TELEFONANDO OR MESSAGE WHATSAPP ON 3393875567, ED WARNING SATURDAY BEFORE AND AFTER THE CLINIC AND SUNDAY ALL THE DAY.

We expect you to