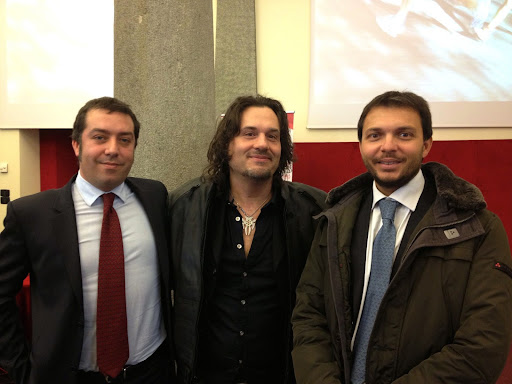 At the Hall of Columns inside the City Hall building in Turin, the press conference was held to present the All Straight 2013, in which GM Drum School will participate by deploying its drummers along the way.
The event, held by Turin Marathon president mr Luigi Chiabrera and Stra Torino manager mr Alessandro Bianchi, was attended by several authorities including the Councilor for Sport of the City of Turin Mr Stefano Gallo.

There were many points where the activity of our drummers was mentioned and the function of the batteries to support the Race emphasized by the speakers.
The Mention Material GM Drum School and the School partners included in all press conference cards given to authorities and media.